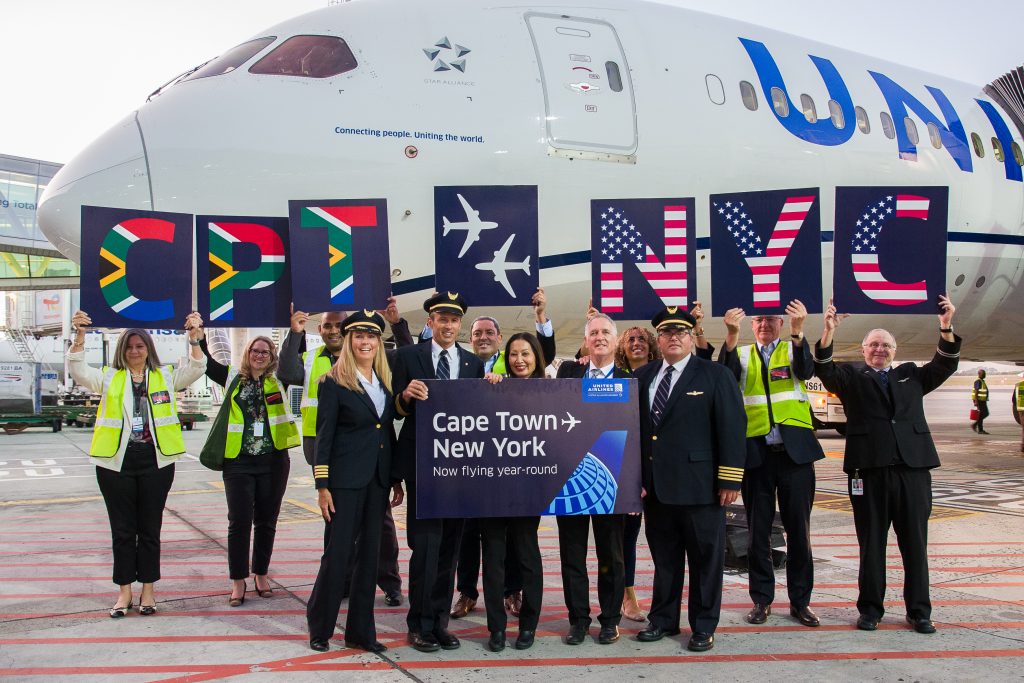 Major US carrier United Airlines officially expanded its service to Cape Town on Tuesday, with three non-stop flights per week, year-round between Cape Town International Airport and the Liberty International Airport, in the US State of New Jersey. This follows their decision to resume their direct flights between Cape Town and Newark and New York and ahead of their initial schedule which was only during summer and winter periods a year.

The New York and Newark to Cape Town route is expected to create jobs and further unlocking economic opportunities in the tourism hospitality sector within its first year of operation while serving in the support towards economic recovery in the Western Cape.

Despite Cape town being ranked one the top tourism destinations in the world, Western Cape Minister of Finance and Economic Opportunities, Mireille Wenger acknowledged the surge in demand for flights to the City as a global travel destination.

“This points to signs of recovery and rebound in the tourism and hospitality sector. We are working on clearing obstacles so that we can increase connections to the Western Cape, which will bring a host of positive contributions to the economy and job creation. At the end of the day, more flights mean more tourists, and more tourists mean more jobs in the Western Cape.

The latest research indicates that in 2022, more than two-thirds of Americans are planning to go big on their next trip, and nearly a third plan to visit a bucket-list destination.

Wesgro CEO and the Official Spokesperson for Air Access, Wrenelle Stander said that a high proportion of leisure travellers on this New York and Newark to Cape Town route can now be expected.

“We also expect the impact of this continuous service to reach beyond tourism, and impact positively into a variety of other sectors while also offering the added benefits of belly freight cargo. We wish to thank United Airlines for their continued commitment to Cape Town & the Western Cape”, he said.