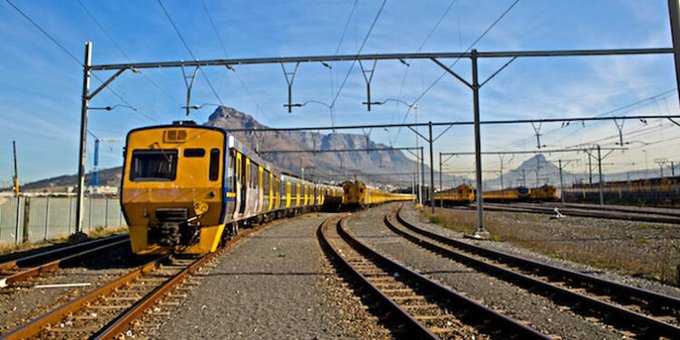 Two crucial lines on Cape Town’s Central Rail Corridor have been reopened after being closed in 2019, following cases of vandalism and cable and further recovery work hampered by illegal occupations on the rail network during the hard lockdown.

Transport Minister Fikile Mbalula went on a oversight visit in Cape Town on Tuesday where he took a train ride to Bellville via Langa to monitor progress made, as part of phase 1 of the Central Line recovery programme.

“This morning we undertook an oversight inspection of the rail reconstruction and recovery on the central line. We have been hard at work to realise this commitment and today we demonstrate the progress we have made.” said Minister Mbalula.

While addressing the media, Minister Mbalula vowed to dismiss PRASA management if train operations do not improve in Cape Town.

“I’m happy that the service is back, but I’m not happy about what’s going to happen when I’m gone. I have no guarantee that this thing is being run professionally and properly by the right people. I’m not convinced and i am hard on PRASA management because i feel like some of them are sleeping in the job as i believe they can do better individually and as a team, but i am not dismissing the efforts that some show in their dedication.” the Minister said.

Passenger Rail Agency of South Africa (PRASA) managed to recover vandalised substations that power the Cape Town Central Line network. These include station lighting and ablution of facilities as well as station building for commuters.

The PRASA Western Cape region currently has a total fleet of thirty (30) old train sets. This is complemented by the thirteen (13) new Isitimela Sabantu trains that are ready for service. There are currently two old train sets that are operational on the Central Line between Langa and Cape Town.

The department identified the Central line in Cape Town and the Mabopane line in Tshwane as priority corridors which are essential for the recovery of commuter rail services.