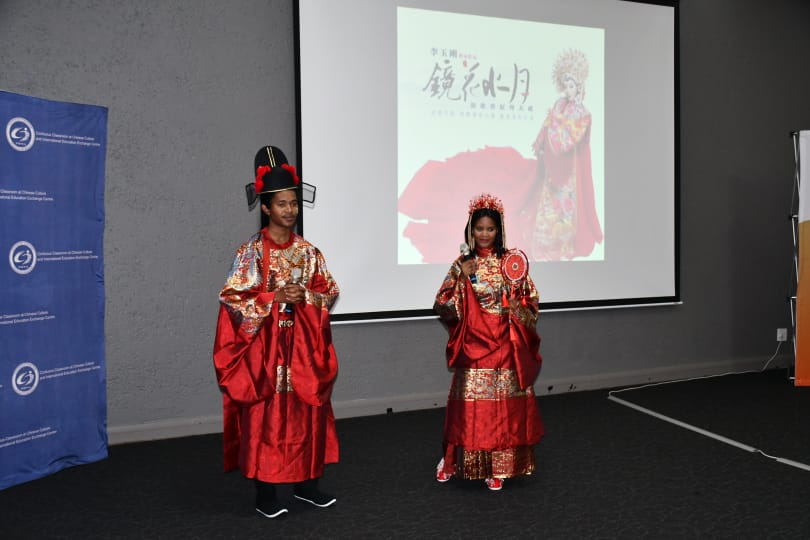 Deputy Minister of Tourism, Fish Mahlalela officiated the ceremony on Thursday in Pretoria, where he urged more Tour guides to join in and upskill themselves in the Mandarin language to further expand their business horizon.

The Guides participated in the Hanyu Shuiping Kaoshi (HSK) 2 course under the Mandarin Foreign Language Training Programme which comprised of 3 Phases and focused on language tutoring, reading and writing skills, as well as a course on Chinese culture.

The HSK is an international standardised (writing, reading and listening) language proficiency examination that has six levels.

A concept document for the implementation of the Mandarin language programme for tourist guides was developed after consultations with various key stakeholders such as the Department of International Relations and Cooperation and the Embassy for the People’s Republic of China as well as the National and Provincial Registrars of Tourist Guides.

Implementing the training programme following a phased approached, prioritising three provinces at a time was agreed upon as the best and most effective approach.

According to Deputy Minister Mahlalela, the Chinese tourist market presents a huge opportunity to South Africa. The needs analysis which was conducted during the 2018/19 financial year to establish whether there was a need for training of guides in the various foreign languages, also confirms this.

“According to the UNWTO World Tourism Barometer of October 2018, China was the leading outbound market in terms of tourism expenditure followed by the Unites States of America and Germany”

“It was also confirmed and based on the responses that foreign language training, with specific focus on the emerging Chinese market, was highlighted as a critical area for skills development in tourist guiding.” said the Deputy Minister.

So far, only 2 Phases of the training have been implemented and established, the Deputy Minister said that third Phase which has not yet been planned, will focus on exposure to platforms where guides can have the opportunity to practice their Mandarin skills and, in the process, gain more confidence and experience.

“Only those who have passed both HSK 1 and 2 will be eligible to be considered for this phase. It is envisaged that the immersion phase of the programme will take place in China,” concluded Deputy Minister Mahlalela.