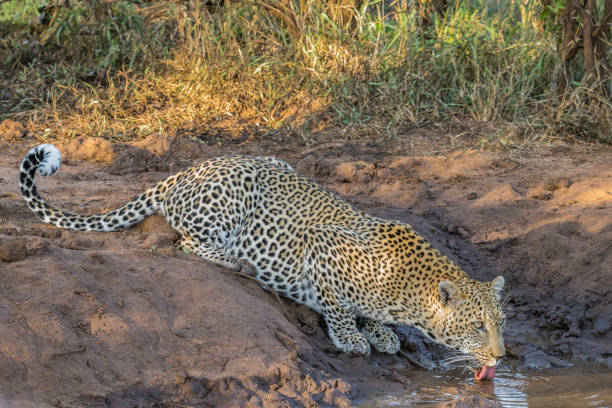 South African National Parks (SANParks) Staff members who filmed a leopard that was struck by onlookers following its attack of two individuals, have been sanctioned following investigations.

In June, the leopard was shot just 30 meters away from where an employee from Shalati Concession within Kruger National Park, was attacked shortly before by a leopard. This was the second attack by the leopard as four days before that, an employee from within the park had been attacked in the same area.

The video has since been circulating on various media platforms recently, causing an upset and all identified SANParks employees who were involved in the matter were questioned and have since submitted statements.

The individual who struck the leopard is not a SANParks employee and has been barred from entering the Kruger National Park. Disciplinary action is ongoing for all SANParks officials as well as the individual who filmed the incident.

SANParks Investigations have since uncovered that rangers in the park did not take adequate precautions to control this process and it was at this point that the incident captured on video took place. The organisation has further condemned the behaviour depicted in the images captured on video after the leopard was euthanized in the Kruger National Park, and was then struck by onlookers.

“Such actions are contrary to the ethos of the organisation whose primary goal is to conserve biodiversity and act as the custodian of our wildlife.”

In line with SANParks’ policies and Standard Operating Procedures on the management of damage causing animals, a decision was taken to euthanise the leopard to safeguard human life.

A Management incident report has been completed with recommendations to the SANParks Board and the Minister on ways to minimise the possibility of such incidences re-occurring. The Management report found that official policies and procedures were followed in the decision and actions that led to the euthanasia of the leopard.

In addition to making recommendations on how to limit future incidences of human wildlife conflict, the management report recommended revisiting and communicating the KNP Code of Conduct to visitors and residents alike as well as amending Standard Operating Procedures to improve actions on potential crowd control in the very few incidences where animals may be euthanised in close proximity to humans.

SANParks also wished the two individuals who were injured, a speedy and full recovery.