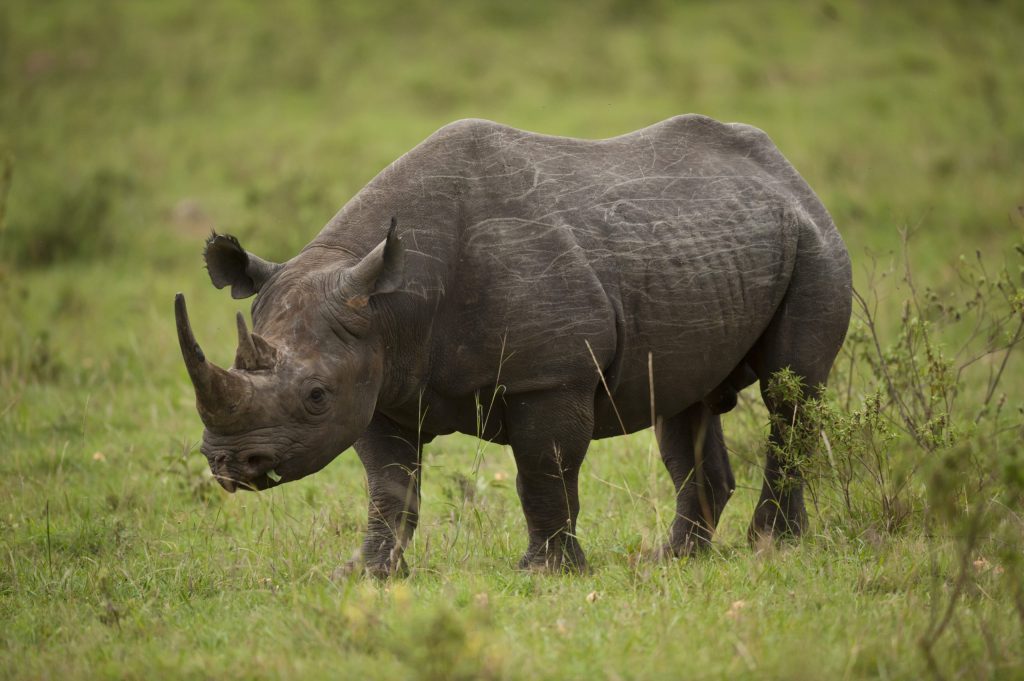 This is a five-year $150 million Sustainable Development Bond that includes a potential performance payment from the Global Environment Facility (GEF), which will contribute to protecting and increasing black rhino populations in two protected areas in South Africa, the Addo Elephant National Park (AENP) and the Great Fish River Nature Reserve (GFRNR). AENP is managed by the South African National Parks (SANParks) and GFRNR is managed by Eastern Cape Parks and Tourism Agency (ECPTA).

The WCB is a first-of-its-kind, outcome-based, financial instrument that channels investments to achieve conservation outcomes – measured in this case by an increase in black rhino populations. Rhinos are considered an umbrella species that play a crucial role in shaping entire ecosystems on which countless other species depend. Through the WCB, investors are supporting the financing of activities to protect and grow a critically endangered species with clear conservation targets, contributing directly to biodiversity, and bringing jobs to local communities through the creation of conservation-related employment in a rural and underserved region of South Africa.

The World Bank Group President, David Malpass said that the Rhino Bond was a groundbreaking approach to enabling private sector investment in global public goods, especially in the case of biodiversity conservation, which is a key global development challenge,” said .

“The pay-for-success financial structure protects an endangered species and strengthens South Africa’s conservation efforts by leveraging the World Bank’s infrastructure and track record in capital markets. Importantly, it can be replicated and scaled to channel more private capital for other conservation and climate actions and development objectives around the world.” said Malpass.

Investors in the WCB will not receive coupon payments on the bond. Instead, the issuer will make conservation investment payments to finance rhino conservation activities at the two parks. If successful, as measured by the rhino growth rate independently calculated by Conservation Alpha and verified by the Zoological Society of London, investors will receive a success payment at maturity, paid by the IBRD with funds provided by a performance-based grant from the GEF, in addition to principal redemption of the bond. This represents a new approach in conservation financing that passes project risks to capital market investors and allows donors to pay for conservation outcomes. Credit Suisse was the sole structurer and joint bookrunner with Citibank.

Head of ESG/Impact – Global Fixed Income at Nuveen, Stephen M. Liberatore was especially proud and hopeful that the type of public-private partnership could serve as a template for future transactions to help improve biodiversity globally.

“We are proud to be the lead investor in this innovative transaction that provided not only attractive total return potential, but also the direct and measurable outcomes we look for under our proprietary Impact Framework.”

“This innovative conservation bond, which the Global Environment Facility is delighted to support, opens a new avenue for financing biodiversity protection at a critically important time.

According to Carlos Manuel Rodriguez, GEF CEO and Chairperson of the Global Environment Facility, the fund is a great example of how capital markets can meet both investor and conservation priorities.

“The GEF’s financial backing for this bond gave it the risk/return profile that investors needed to enter the biodiversity space, and I am confident that their engagement will only grow from here, with future conservation bonds that benefit other umbrella species and their ecosystems.” he said

Rhino protection helps other species that share their habitat. This ecosystem contributes to South Africa’s national economy through tourism, job creation, and as an important source of foreign exchange. However, black rhinos are critically endangered mainly due to poaching and habitat loss.

Minister of Forestry, Fisheries and the Environment, Barbara Creecy said that South Africa was excited that South Afica was at the forefront of an innovative new financial instrument aimed at boosting the efforts to protect the world’s largest rhino population.

“We would like to acknowledge and express our appreciation for the considerable effort by numerous role players over the last few years that has resulted in this much needed injection of funding into the biodiversity sector.”

“We are confident that this will assist in increasing the rhino growth rate and stimulate the development of additional novel market-based mechanisms to support the objectives of the New Deal for People with Nature. South Africa is committed to securing nature’s contribution to people through well-managed and expanding Conservation Areas that contribute to inclusive rural economic growth in thriving Biodiversity Economy Nodes,” Minister Creecy said.

“The CEO of Eeastern Cape Parks and Tourism Agency (‘ECPTA) said that the bond would significantly increase the funding for the Great Fish River Nature Reserve, which is much needed to scale up activities to protect and grow our rhino populations and increase benefits to local communities and the economy.

“Funding will support increased staffing and training, improved national and regional coordination, as well as investments in equipment, infrastructure, and technology,” said Dayimani.