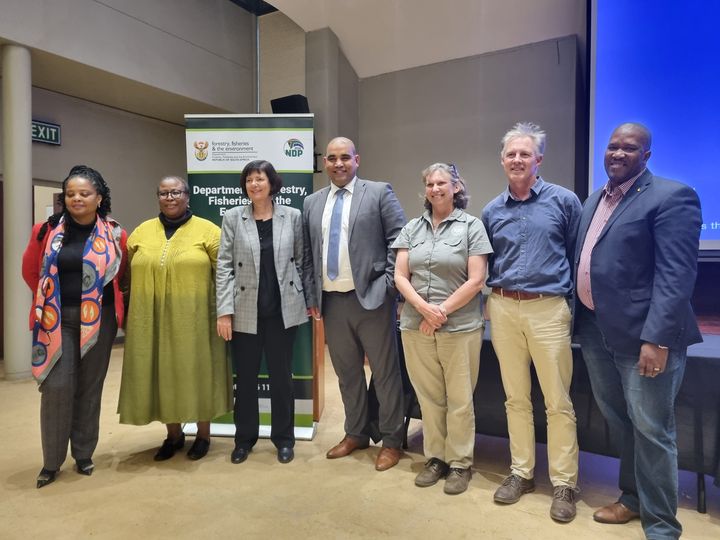 The Cape Peninsula Baboon Management Joint Task Team comprising of representatives from South African National Parks (SANParks), the City of Cape Town (CoCT) and CapeNature, has deliberated on its terms of reference and work plan to deliver on a draft Memorandum of Agreement and a Strategic Management Plan of Chacma Baboons in the Cape Peninsula.

SANParks’ Managing Executive of Conservation Services, Dr. Luthando Dziba,said that the Joint Task Team held consecutive meetings to discuss a Memorandum of Agreement between the three parties, and is in the process of preparing for public engagement on the draft Strategic Baboon Management Plan. This followed the roundtable discussions on baboon management within the region.

“To date, a Joint Task Team Terms of Reference (ToR) has been agreed by the parties. The aim is to finalise the Memorandum of Agreement between the three parties for approval by the end of October 2022. The parties will also ensure the engagement of other parties such as the South African Navy, National Department of Public Works and Infrastructure, DFFE, Cape of Good Hope SPCA, and as well as other major property owners for example, the Western Cape Government,’ Dziba said.

Since August to date, the City of Cape Town has hosted seven online meetings with residents and businesses from baboon-affected areas to discuss a suite of more sustainable proposals. Such areas include Kommetjie, Scarborough and Misty Cliffs. The list further stretched to areas such as Tokai, Zwaanswyk, Da Gama, Welcome Glen as well as Glencairn to mention the least. The eighth meeting with Constantia residents north of Constantia Nek will follow on 22 September 2022.

The City’s Deputy Mayor and Mayoral Committee Member for Spatial Planning and Environment, Alderman Eddie Andrews was encouraged of the progress made by the leadership. The Deputy Mayor was further pleased by the guidance as well as the spirit of cooperation from the officials.

“I am very pleased to say that all of these meetings were well attended and the engagements positive and constructive. Residents, interested parties and ratepayers’ associations across the board contributed with comments and proposals and also raised some concerns. We have been collating the feedback from the meetings and this will be presented to the Joint Task Team for consideration in the development of the draft Strategic Management Plan.” Andrews said.

CapeNature’s Executive Director, Conservation Operations, Dr Ernst Baard, added that the sustainable management of baboons was important to ensure that they continue to form an integral part of the biodiversity of the Cape Peninsula, including the Table Mountain National Park.

The public engagement will take place as soon as a draft plan is available, currently planned for November 2022 and all stakeholders, including residents, businesses and interested and affected parties are encouraged to use the opportunity to make contributions to the draft Strategic Management Plan once the public participation process commences.