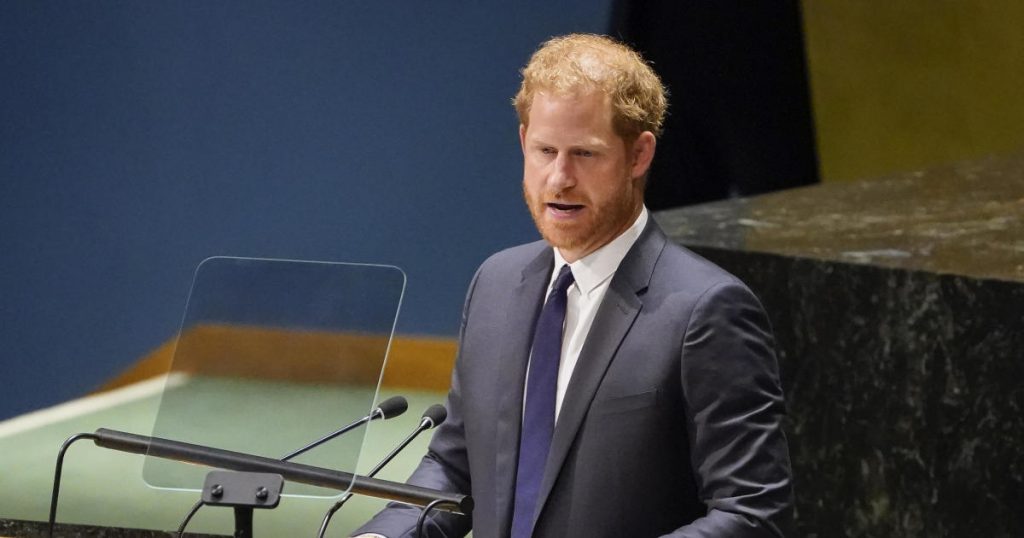 “Those of us not fortunate to Know Nelson Mandela well, have come to learn of him through his legacy. From the letters he wrote alone in his prison cell, the speeches he delivered to his people and those incredible shirts that he spotted.” This were the words of the Duke of Sussex, Prince Harry when he delivered a special address during the International Mandela Day at the United Nations (UN) in New York City, where he attended with his wife, the Duchess of Sussex, Megan Markle.

As part of commemorating the global icon who would be turning 104 years old this year, every year on the 18th July, many across the world spend  67 minutes of their time to better their communities and give back to those in need.

In the podium,  the Duke OF Sussex reflected on the photo of his mother, Princess Diana and Mandela that he was given by Archbishop Desmond Tutu, taken in 1997 in Cape Town. To the Prince, the photo in particular, remains in his heart and wall. The Prince said that Madiba was a man with the weight of the world on in his shoulders, asked to heal his country from the wreckage of its past and transform it for the future.

“When I first look at the photo, straight away what jumps out is the joy on my mother’s face, of the playfulness and the cheekiness even.  It was also the pure delight to be in communion with another soul so committed to serving humanity.”

“Mandela was a man who endured the very worst of humanity, from vicious racism and state-sponsored brutality, and further losing 27 years of his life with his children and family that he would never get back. Yet in that photo and so many others, he is still beaming and still able to see the goodness in humanity and still boing to the beautiful spirit that lifted other up who would be around him. Not because he was blind to the ugliness and injustices of the world as he lived them but knew they would be overcome.” said Prince Harry.

The Prince further said that at a time of global division and uncertainty, when it is all too easy to look around and feel despair, anger to a point of giving up, he finds his insight in Mandela’s writings that would stop him in his tracks.

“In a letter he wrote from prison he wrote “I feel my heart pumping hope steadily to every part of my body, warming my blood and pepping up my spirits”. I am convinced that floods of postal disasters can never drown the spirits of a determined revolutionary.” Prince Harry said.

The Duke of Sussex said that in order to face up to global disasters of inflation, the historic extreme weather that has become a norm, leaders will have to lead.

“This is a pivotal moment where all ordinary people around the world are experiencing pain and, in this moment, we have a choice to make. We can grow apathetic, succumb to anger or yield to despair. Or we can do what Mandela did; every single day inside that nine by seven prison cell on Robben Island. We can find meaning and purpose in the struggle.” concluded the Prince.