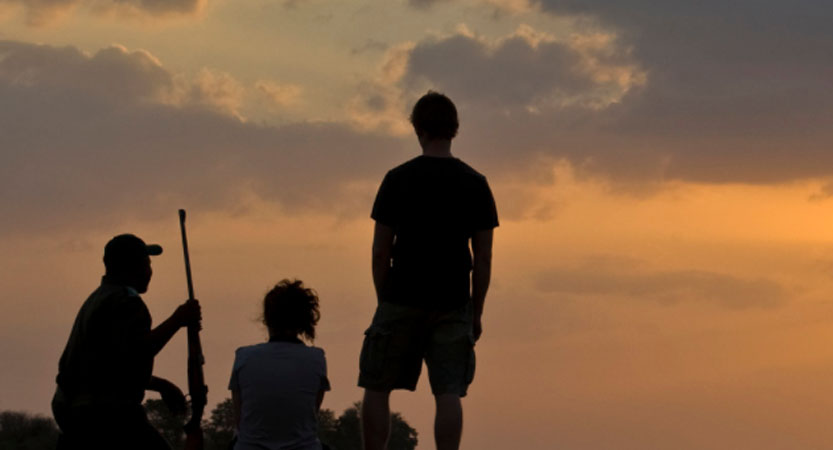 “The world-renowned Kruger National Park offers a wildlife experience that ranks with the best in Africa. Established in 1898 to protect the wildlife of the South African Lowveld, this national park of nearly 2 million hectares, SANParks – Kruger National Park is unrivalled in the diversity of its life forms and a world leader in advanced environmental management techniques and policies.

Truly the flagship of the South African national parks, Kruger is home to an impressive number of species: 336 trees, 49 fish, 34 amphibians, 114 reptiles, 507 birds and 147 mammals. Man’s interaction with the Lowveld environment over many centuries – from bushman rock paintings to majestic archaeological sites like Masorini and Thulamela – is very evident in the Kruger National Park. These treasures represent the cultures, persons and events that played a role in the history of the Kruger National Park and are conserved along with the park’s natural assets.” (2004). The Kruger National Park.

Berg-en-Dal Rest Camp
Berg-en-Dal is situated on the bank of the Matjulu Spruit with a view of softly undulating hills to the east. On the northern and southern sides dry riverbeds and a dam border the camp. There are large trees along the streams and dry riverbeds. Special care has been taken to preserve the natural vegetation in the camp. Berg-en-Dal is also the only camp set in a rugged mountain environment.
5 Things to see

GPS: -23.821560, 31.449750
Crocodile Bridge Rest Camp
This small and delightful camp is situated in the south-eastern corner of the Kruger National Park, on the northern bank of the Crocodile River, from which it derives its name. After an early morning game drive, one can retire from the Lowveld heat to a lunch of prawns before coming back for late afternoon game viewing. The game viewing area is known as the ‘Southern Circle’ and is renowned for its concentration of different prides of lion with different hunting techniques and behaviour. It has an abundance of prides, herds, troops, packs and swarms. It is home to a larger percentage of the Kruger National Park‘s total rhino population. Come and experience humans living in harmony with nature. Here one has the ability to experience the sharp contrast between the wilderness and the world out there.

GPS: -25.358167, 31.893568
Letaba Rest Camp
The idyllic Letaba Rest Camp is situated on a sweeping bend of the Letaba River, midway between the southern and northern boundaries of the Kruger National Park. The name means “river of sand”, and the sandy riverbed is an excellent location for game viewing, particularly elephant, which thrive in the area. Letaba is a green oasis in the surrounding mopane veld, and remains a firm favourite with visitors. At night the stars overlook a symphony of sounds. Owls, nightjars, frogs, fruit bats, crickets and cicadas all vie to be heard, until the lion roars, then all are silent.

Lower Sabie Rest Camp
Lower Sabie graces the banks of the Sabie River, one of the few perennial rivers to flow through the Kruger National Park. Visitors cannot but feel soothed by the view towards the river and the Lebombo Mountains beyond. In this rest camp, the bounty and plenitude of nature are very evident, eloquently symbolised by
the most conspicuous of its numerous trees, the mighty sycamore fig, which provides generously for the livelihood of many birds and insects. Not only do these giants produce fruit at least twice a year, but different trees produce fruit at different times, extending the gifts of life over many months. Watching the endless procession of animals coming to drink at the Sabie River establishes a sense of one’s own place in the eternal cycle.

GPS: -25.119593, 31.915351
Mopani Rest Camp
On the banks of the Pioneer Dam in the Kruger National Park, lies it’s best-kept secret. Named after the mopane veld that surrounds the camp, Mopani Rest Camp nestles amongst the Mopani tree covered koppies. A signature feature is the huge gnarled old baobab tree in the heart of the camp. The vegetation inside the camp is left as found in the wild, adding to the unique atmosphere of the camp.

GPS: -23.521674, 31.397140
Olifants Rest Camp
Guests that visit Olifants will be exposed to an unforgettable window of Africa. The camp is situated a top a hill which towers several hundred feet over the Olifants river. Views from the lookout platforms allow one to see the river below, just as a soaring eagle would survey it, as it hunts from the skies.

GPS: -24.005282, 31.740451
Orpen Rest Camp
Orpen Rest Camp is situated centrally on the western border of the Kruger National Park. It is a small camp that derived its name from the surname of the donor of the land, Eileen Orpen. The scattered trees and wide-open plains covered by sweet grass attract many browsers. This in turn, attracts the eye-catching cheetah, lion and leopard. Well known for its diversity of habitat and wildlife, Orpen offers visitors an excellent opportunity to experience close encounters with
elephant, rhino, buffalo, lion and leopard in a natural environment. Wild dog, cheetah, zebra and giraffe are also indigenous to this area, a paradise for the wildlife enthusiast.

GPS: -24.474404, 31.390866
Pretoriuskop Rest Camp
When the world was still young, some 3 500 million years ago, molten rock forced its way through the earth’s crust and solidified to form the spectacular granite outcrops where Pretoriuskop Rest Camp is now nestled. The impressive granite dome known as “Shabeni Hill” is not far from the camp, which is found in the south-western corner of the Kruger National Park. It is immediately apparent to any visitor that Pretoriuskop is unique as brilliant red trees adorn the camp, pre-dating the decision to make exclusive use of indigenous plants in laying out rest camp gardens. Nostalgia prompted an exception to the rule for Pretoriuskop, the Kruger National Park’s oldest rest camp, and exotic flowering plants were allowed to stay, enhancing the strong sense of the past that is so pervasive.

GPS: -25.169270, 31.268704
Punda Maria Rest Camp
Punda Maria lies in the northern most part of the Kruger National Park, 8km from Punda Maria Gate. The camp is situated in the Sandveld region that is often described as the botanical garden of the Kruger National Park. There are numerous plant species which occur that are unique to the area. Game species most likely to be sighted include impala, zebra, buffalo, elephant, eland and sable and the area is a bird paradise.

GPS: -22.691656, 31.015404
Satara Rest Camp
Satara is a busy camp, and not without reason. It is situated in an excellent game viewing area, with the bush relatively open and the animals plentiful and diverse. The camp itself has a rustic charm, with the bulk of the accommodation set out in a series of circles. Satara is well wooded and the bird-life is prolific. At night the clink of fruit bats is fused with the chirping of cicadas and crickets. The calls of owls and nightjars add to the symphony that is punctuated intermittently by the whoop of hyena, the screech of jackal and the roars of lion.

GPS: -24.395660, 31.768353
Shingwedzi Rest Camp
Shingwedzi lies in the northern part of the Kruger National Park in the heart of mopane country. A scenic game drive along the Shingwedzi River in a south-easterly direction towards the Kanniedood Dam is one of the most rewarding drives in the Park. Waterbuck, nyala, kudu and elephant are often seen here and the bird life is prolific. Staying overnight at Shingwedzi is an experience that will last a lifetime. It is a rustic camp that still carries the essence of the bush and is untouched by modern technology. Experience magical evenings where the accommodation is arranged in two separate circles and the glow emanating from braai (barbecue) stands cast a tranquil spell.

GPS: -23.108826, 31.435567
Skukuza Rest Camp
Skukuza is the Kruger National Park’s largest rest camp and administrative headquarters. It is situated on the southern banks of the Sabie River. The camp is well foliaged and there are some lofty trees along the river’s edge. Activities and facilities are diverse, as are the animals and plants found both within the camp and in the surrounding areas.