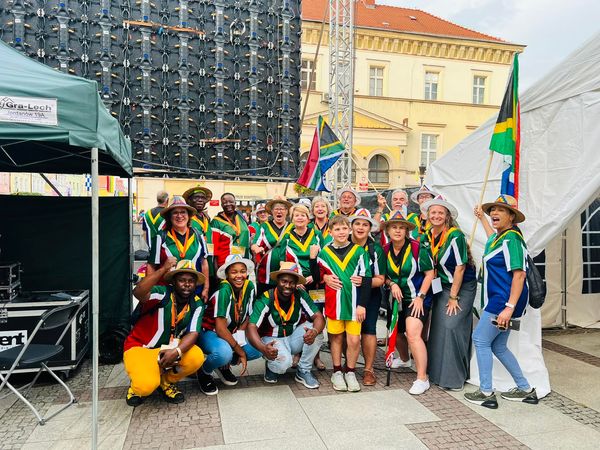 Dozens of tourists are expected to visit Mpumalanga’s tourist destinations next year as part of the World Gold Panning games. This as the province was given the rights to host the annual panning games, from 6 until 12 August 2023 in Pilgrims’ Rest, near Sabie, in the Thaba Chweu Local Municipality.

Preparations are already underway for the games by the Department of Culture, Sport and Recreation (DCSR) in collaboration with the South African Gold Panning Association (SAGPA). The DCSR presented the state of readiness to host the games during a closing ceremony in Zlotoryja, Poland, as part of the preparations. The presentation was enhanced by the integrated cultural diversity and tourism approach which the Department adopted, for participants and tourists to experience the province’s hospitality.

An ensemble of a cultural group from Mpumalanga, which performed for guests during the ceremony, was part of the Department’s delegation to Poland. South Africa received the WGP flag from Poland to mark the start of preparations in earnest.

There is a dedicated site for gold panning competitions just outside Pilgrim’s Rest, on the banks of the Blyde River. While the historical village of Pilgrim’s Rest is an attraction on it’s own, there is also easy access from here to all the other tourist spots along the scenic Panorama Route in the province of Mpumalanga.

The games are vital for the Mpumalanga’s Economic Revitalization Plan (MERP) and key to re-ignite the tourism sector which was impacted negatively by the COVID-19 pandemic.

The President of World Gold Panning Association Sanjay Singh says this is a huge achievement for the country which is still recovering from the coronavirus.

“Whenever visitors come from abroad, they don’t come just for the activities at Pilgrim’s Rest and go back. They usually make a holiday of it. They usually come a week before or two weeks before, or they say a week or two weeks after. And travel the province and the country. So, for South Africa, it will boost its image as a location and boost its image in terms of its capacity to host such event and as a tourist destination.”