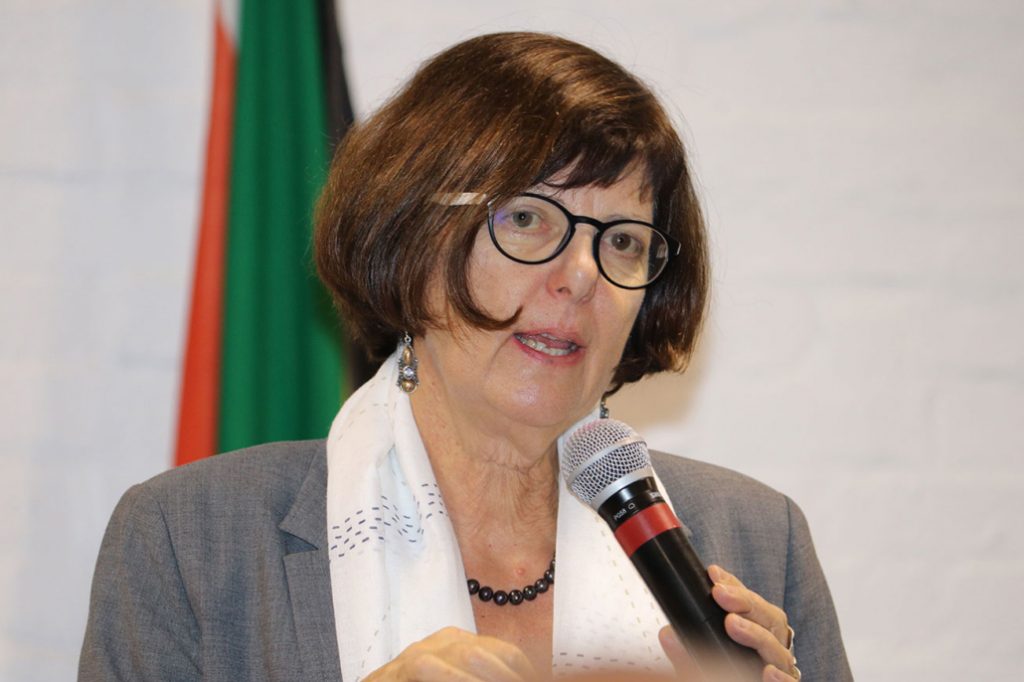 The Minister of Fisheries and the Environment Barbara Creecy says cooperation on biodiversity conservation is key in the western boundary of Kruger National Park.

The Minister was speaking during her engagement with representatives of the Associated Private Nature Reserves (APNR), community members and other stakeholders in Mpumalanga this week to discuss a range of problems that have arisen in recent years. Wildlife crime and rhino poaching were inclusive on the programme.

The Department of Fisheries and the Environment and the Greater Kruger Environmental Protection Forum (GKEPF), of which the APNR is a part, agreed to create three sub-committees to address rhino poaching and combatting wildlife crime, economic ecosystems and protected areas’ conservation. Also to be discussed will be administrative blockages and governance.

“This is a commitment between Private reserves on the western boundary of the Kruger National Park and government, to work together on a number of areas, including tackling wildlife crime, enhancing transformation and improving the local economy”

“The cooperation with private reserves in the western boundary of the Kruger National Park is key to ensuring that communities live in harmony with nature,” said the Minister Creecy.

Another important areas of collaboration includes creating opportunities for beneficiation of communities living on the borders, or close to, to reserves and the Kruger National Park, and expansion of the protected areas estate.

Sharon Hausmann said the meeting was a pledge of continued commitment to conservation efforts, and specifically the three identified areas of closer cooperation.

“It was indeed an honour to meet with Minister Creecy to discuss critical conservation efforts to sustain the Greater Kruger area,” said the CEO of the GKEPF

Minister Creecy further invited all stakeholders to participate in the policy processes by submitting their written submissions on the draft White Paper on the Conservation and Sustainable Use of Biodiversity in South Africa and the draft Game Meat Strategy, which were approved for public comment by Cabinet on 22 June 2022.

The White Paper and Strategy will be gazette for consultation in the near future.