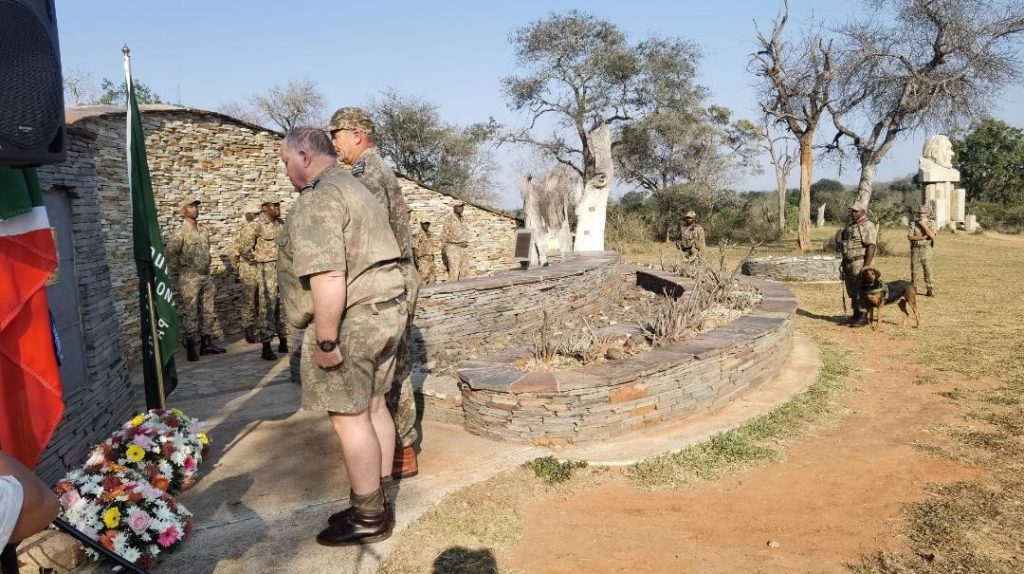 KNP pays tribute to fallen Ranger Corps for their commitment

In Celebration of World Ranger Day, Kruger National Park (KNP) Management and staff members held a ceremonial event to pay homage to their Ranger Corps, on Friday as part of the International World Ranger Day celebrations.

World Ranger Day is celebrated worldwide each year on 31 July to commemorate Rangers killed or injured in the line of duty and to celebrate the work Rangers do to protect the planet’s natural treasures and cultural heritage. For the KNP, the highlight of the ceremony was a tribute to the late Field Ranger and dog handler, Shando Mathebula, who died in the line of duty at Shangoni Ranger Section on 4 May 2022.

Activities on the agenda during the day of commemoration included Rangers’ drill and a guard of honour, wreath laying ceremony and the unveiling of Shando’s plaque and key note address by senior management.

According to KNP Head Ranger Cathrene Dreyer, Shando is remembered as a young man who was dedicated to his profession and served with discipline and distinction. Dreyer said that rangers are leaders in conserving the country’s protected and conserved areas, including cultural sites and the biodiversity.

“On this day we honour fallen Rangers and stand with the people bravely protecting wildlife on the frontline of conservation worldwide. Without them we would see more biodiversity loss and ecosystem degradation. Many Rangers also protect the resources of people whose lives and cultures are inseparable from nature.” said Dreyer.

The KNP Head Ranger expressed gratitude to the spouses and families of Rangers for their unfailing support despite the possibilities of coming home hurt or dead due to their line of work.

“Families have continually supported their Ranger partners and loved ones on daily basis with the knowledge that their partner’s lives might be lost due to the threats that come with the responsibility of dealing with wildlife crime,” Dreyer said.