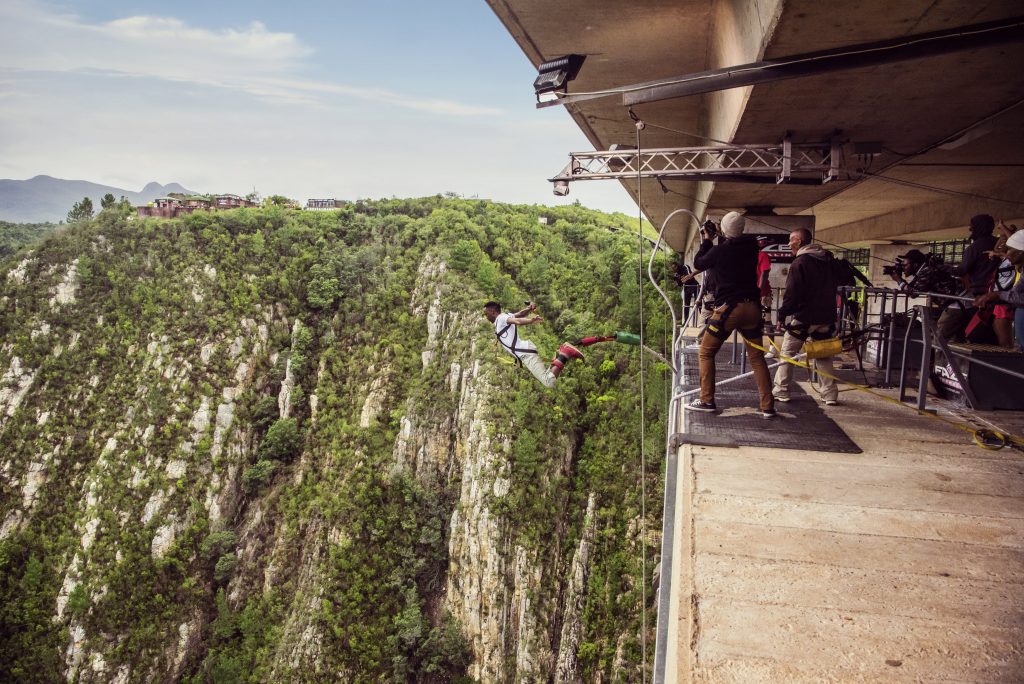 This tourism month, the Eastern Cape Parks and Tourism Agency (ECPTA) took a #Shotleft with a group of media for a massive outdoor experience that also included bungee jumping at the stunning Bloukrans Bridge that boarders the Eastern Cape and Western Cape provinces, in the Tsitsikamma region of the Garden Route.

The Tsitsikamma is one of the most visited areas in Africa, loved for its raw wild tourism with adventure activity for everyone and ranging from adrenaline pumping adventures to relaxing experiences. It is also a coastal reserve well known for its indigenous forests, dramatic coastline, and the Otter Trail.

The trip was part of the #RethinkingTourism initiative by the National Department of Tourism government to familiarize both local and international tourist while further promoting hidden gems that lie within the province and can be enjoyed throughout the seasons. In 2019, Eastern Cape Province was the most visited province in the country

From a domestic front point of view, the province has already more than five million posted visits to the province despite the Covid19 outbreak and in just wo years

According to ECTPA CEO Vuyani Dayimani, this is exiting and that in each year as the province launches its tourism month, their media liaison to the world, will continue to entice more visitors to the province.

“The ‘Rethinking Tourism’ theme will help to attract travellers from across the country, continent and globe.”

The Bloukrans Bridge is an arch bridge located near Nature’s Valley and stands at a height of 216m (706 feet) above the Bloukrans River. It is also the world’s highest commercial bridge bungee jumping operated by Face Adrenalin since 1997.

The bungee jump takes place from the top of the arch of Africa’s biggest bridge and to get out to the jump point, a zipline is sent out from the bank to the arch in order to collect visitors. Celebrities like Prince Harry, Jack Osbourne, Thabo Mbeki, the Zuma family, and Bobby Skinstad have also done the Bloukrans bungee.

If you also wish to go for the wild bungee jumping experience you can visit their online store which is now live. It is recommend that you pre book any jumps no less than 48 hours in advance, particularly if it is a group booking. This will enable the team at Face Adrenaline, to plan more effectively and to process your jumps/jumpers more timeously.

You will also need to dress in comfortable casual clothes to suite the occasion when going bungee jumping. Where footwear is concerned, do refrain from wearing boots or anything that may interfere with ankle harnesses otherwise they will have to be removed prior to jumping. Trainers and securely fastened shoes are fine.

Directions to the Bloukrans Bridge will depend on whether you are coming from Port Elizabeth in the Eastern Cape of from Cape Town.

Find out more on the Face Adrenaline website and for clear directions you can visit the Tsitsikama Tourism Association to get ahead.