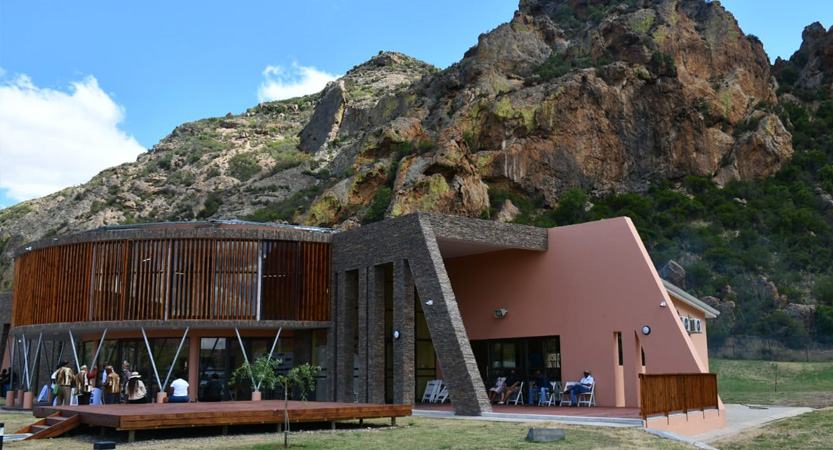 The Department of Tourism secured R57 million from the European Union through National Treasury to construct this Baviaanskloof World Heritage Site Interpretation Centre and Leopard Trail Hikers’ Huts. This was implemented in partnership with the Eastern Cape Parks and Tourism Agency (ECPTA) within the Sarah Baartman District.

Baviaanskloof Mega Reserve is part of the Cape Floral Kingdom. This UNESCO listed World Heritage Site stretches from Table Mountain in the Cape Town, all the way to the Baviaanskloof in the Eastern Cape. The fynbos biome is one of only six floral kingdoms in the world, with an estimated economic value of R77 million per year based on harvests of fynbos products and tourism.

“South Africa takes it obligation to present and future generations of the world very seriously. As the Department of Tourism, we have adopted strategies to support not just World Heritage Sites but also our National Parks and sites of national significance. These iconic sites serve as attractors to our destination.” said the Deputy Minister.

“Funding of tourism infrastructure development in iconic sites such as the Baviaanskloof Interpretative Centre is important to us, not only to enhance the destination, but also to restore human dignity and respect. The investment in infrastructure helps to build an inclusive and sustainable tourism economy thereby creating more economic opportunities for our people.”

“There is value in unlocking the economic potential of our heritage resources through tourism – in a sustainable manner, for broad beneficiation for local communities. This work also ignites tourism economic activity in rural areas, while addressing geographic spread and diversification of tourism products and opportunities,” Deputy Minister Mahlalela said.