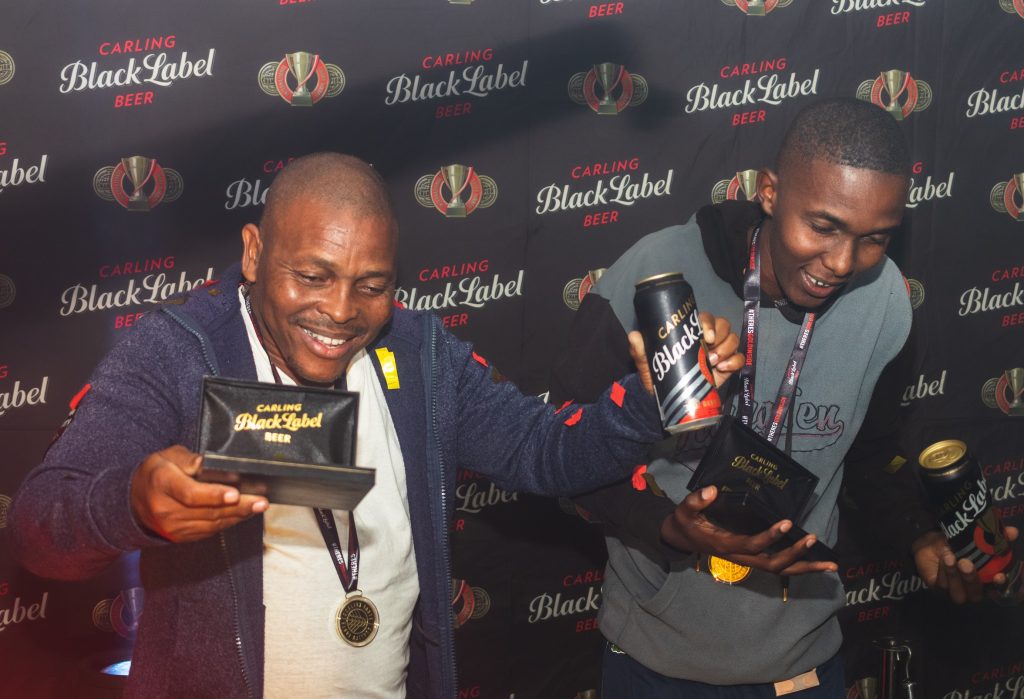 Africa’s most awarded beer, Carling Black Label is celebrating their 50th award for quality taste by giving away R2,5 million worth of gold medals to consumers.

Brand Manager, Sanelisiwe Tshangana says that as part of the brand’s birthday celebrations, 11 main events will be hosted across Mzansi, where the beer brand  will give away 3 medals worth of R50 000 each guaranteed per event, as an addition to a grand total of 33 medals in total.

“True to who we are as a brand, we recognised the need and importance of celebrating our achievements with the people who matter the most – our consumers and supports of the brand. Through these nationwide activations and give-aways, we hope to bring about meaningful changes to people’s lives,” explains Tshangana.

Despite the high quality of the Black Label beer, Tshangana says its pricing has remained affordable, with the intention to give consumers high quality beerat a price they can afford. He further says that it is mainly because the brand exists to recognise and reward Champions

“As Carling Black Label, we  believe in recognising and rewarding the “Champion within” has produced 50 real gold medals worth R50,000 each which will be certified for future purposes such as when a consumer wishes to sell their gold medal for cash.” says Tshangana.

The first activations took place in the Kwa-Zulu Natal region, with the first of these being held at Metro Gents in Umlazi on the 25th of March and the second one taking place at Leon’s Tavern in Inanda where locals; Wandile Shandu, Scelimpilo Phoswa and  Sandile Sibisi each won gold medals to the value of R50 000.

An emotional Sibisi says that he will be exchanging the gold medal for cash.

“I recently lost my mother and with this money, I will have a ceremony to honour her. I would like to thank Carling Black Label for the opportunity to do so…I do not even have the words to fully express my gratitude. Ngiyabonga abantu base Carling.” he says

To enter and win like Sibisi, consumers can enter on the following platforms:

33 Medals will be given away through the Gold Medals game show at various outlets across South Africa.