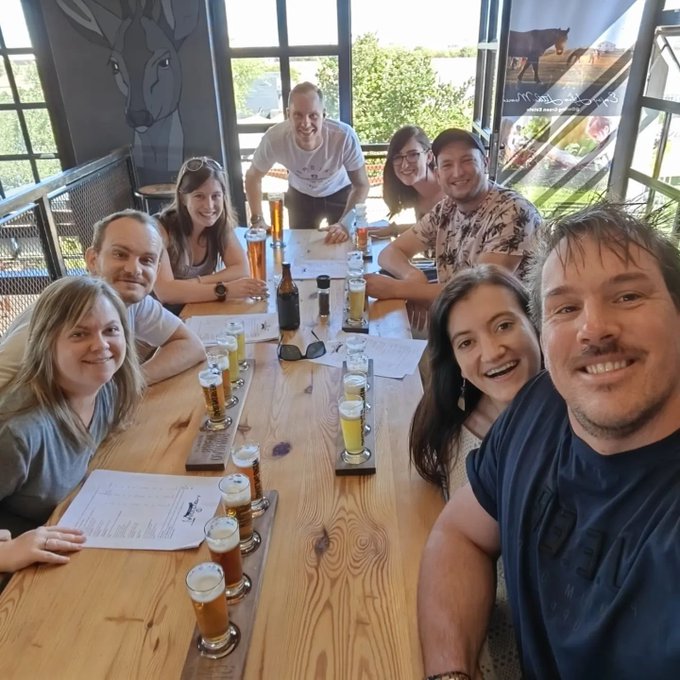 The Darling Tasteroom and Brewery, situated 90 kilometres in the north of Cape Town has become a popular hangout for international tourist in their landing from the Cape International Airport to go and indulge on the explosive range of craft beer.

Darling town is one of the tourist attractions in the west coast region and also part of the Cape floral region that is home to hundreds of colourful flowers at this time of the year. It is also known for its craft beer breweries, strong culture, festivals landscapes, centuries old museums and Darling butter. This small town is one of those in the West Coast area that are pool factor.

Darling Brew started in 2010 as a small craft brewery making a slow larger and the range brew. Today, this Africa’s first carbon neutral brewery twelve years later has developed about seventeen craft beers in the menu including but a few, the Thunder bird, the Rogue Pony and the Pixy Dust. They also include the Gypsy mask as well as the Bone crusher.

Darling brew has seen tourists from both the United Kingdom and Europe frocking in right from their arrival at the Cape Town International Airport to come and experience the different flavourful craft beers.

In the coming months still, the brewery will be unleashing more flavours for their increased visitors who tend to pop up during their visit to the mother city.

Minister of Tourism, Lindiwe Sisulu recently announced that the South African tourism sector was poised for a tremendous bounce back and positive growth with 152,2 million trips in less than 6 months, dwarfing the Europe and Americas arrivals numbers.

Every business within the tourism space and outside of it was not spared the damage caused by Covid19. Post the pandemic and with all boarders now open, it is good music especially for the west coast and its attractive tourism packages including the coastline as well as the indoor vibe.