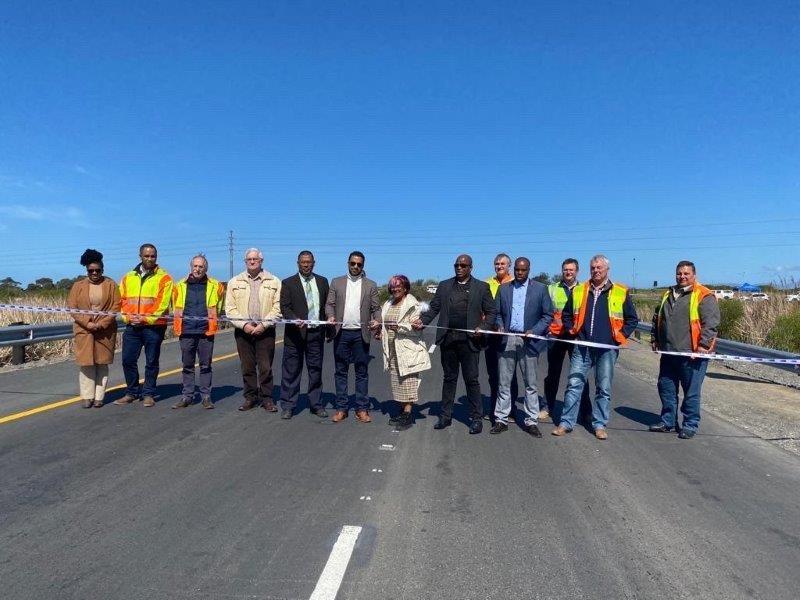 Spine Road situated in City of Cape Town has been revamped and reopened for public following devastating floods that took place earlier in June. The road plays an integral role on the socio-economic front, as it is a link between communities and suburbs, such as Khayelitsha, Blue Downs, Mfuleni and Kuilsriver.

It was closed to the public due to 20 metres of roadway that was washed away by the June rainstorm.

Minister of Infrastructure, Tertuis Simmers who officiated the reopening of the road emphasised that the province was adamant to keep its infrastructure in top condition. The Minister urged Commuters make use of the well-trafficked route to get to work, visit friends and family.

“Based on the 2017 traffic counts, the traffic on Spine Road is more than 1 337 vehicles per peak hour. Economically it provides employees and job seekers access to the Blackheath industrial hub, as well as transportation of services and goods between the national highway, the N2, and these suburbs.” Minister Simmers said.

A budget of R2 million was made available for the Emergency Flood Damage Repair project. The project included the repair of telecommunication cables and ducts, as well as new road markings. The new pavement is founded on rockfill, with new pavement layers as well as installation of rip rap that will help mitigate future erosion. There is also a reinstatement of guardrails and new road studs.

“As a government, we are. When something like this happens, we do not let it go to rot – we fix it, and we fix it with speed, because we know our residents are counting on us to make sure the province functions very well.” said the Minister.