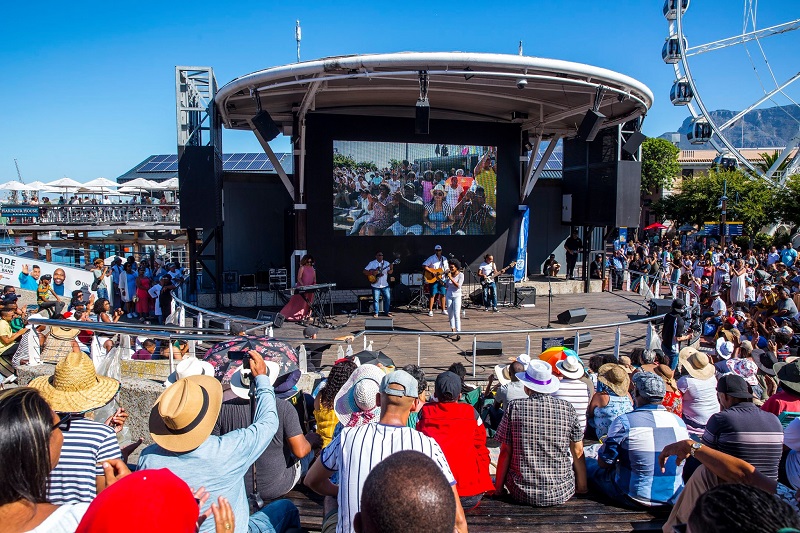 Cape Town Jazzathon back at the V and A Waterfront

Many are looking forward to the Cape Town Jazzathon which is back with a bang and taking place on Friday, 13 January 2023 at the V&A Waterfront Amphitheatre until Sunday, 15 January 2023.

The event is free and open to members of the public and promises a jam-packed programme which will entice lovers of jazz, fusion and music with a line-up of at least six performances daily between 12:00 and 20:00.

The City’s Mayoral Committee Member for Safety and Security, Alderman JP Smith was thrilled to have the event back at the V&A Waterfront, saying that the event had always been a mainstay on the City’s annual events calendar for the last 25 years.

“For the last quarter of a century, the Cape Town Jazzathon has served as a platform for the discovery and development of emerging artists who have gone on to make a name for themselves in the music industry.”

“The City of Cape Town’s support for this event is based on its ability to provide opportunities for young musicians to showcase their talent while also offering them mentorship programmes on the business side of music,” said Smith.

The Cape Town Jazzathon has already hosted workshops for developing artists at community schools across Cape Town and will hold similar programmes for the Karoo, the West Coast and Garden Route.