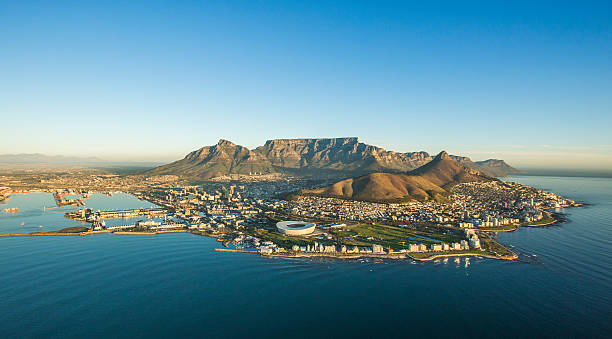 Cape Town Air Access is an award-winning air-route development project responsible for establishing direct flights that connect Cape Town and the Western Cape with the rest of the world.

The event was aimed as an opportunity to highlight its achievements over the last year, in the face of adversity caused by the global COVID-19 pandemic, and also prompting an important discussion about what must be done to ensure it builds on these successes in the future.

Domestically, connections to all 13 pre-pandemic destinations have been re-established for Cape Town International Airport, served by seven local airlines.

Four airlines are also operating out of George Airport to three domestic destinations.

Flights to 11 out of 13 pre-pandemic African destinations have been re-established for Cape Town International Airport.

Intercontinental flights to Cape Town are also at the forefront of more sustainable long-distance flights with almost 75% of carriers opting to operate new generation Airbus A350 or Boeing 787 Dreamliner’s into the destination.

CEO of Wesgro and the Official Spokesperson for Cape Town Air Access, Wrenelle Stander  said that the reestablishment of 23 international routes signifies our position as a competitive and attractive destination.

Stander further stated that the Cape Town Air Access, along with partners, remained committed to air route network recovery and contributing to economic recovery, which has been critical to the achievements the province is witnessing currently.

“We are going into 2021 we understood that we were competing in the global race for routes against major destinations around the world. We are excited about the prospects of the coming year and the significance of greater air connectivity for the Western Cape’s global competitiveness,” he said.

Deputy Director-General of the  Western Cape Economic Development and Tourism and Cape Town Air Access Co-Chair, Rashid Toefy, said that the recovery of the Western Cape economy had been the key focus since the beginning of the pandemic.

“Securing non-stop direct flights to a set of strategic destinations across the world has been one of our main focus areas. Collaborative efforts such as Cape Town Air Access are an important aspect of the future growth of the Western Cape economy. The reconnection of air connectivity and the steady recovery of travel is a testament of the impact of collaborative effort.” Toefy said.