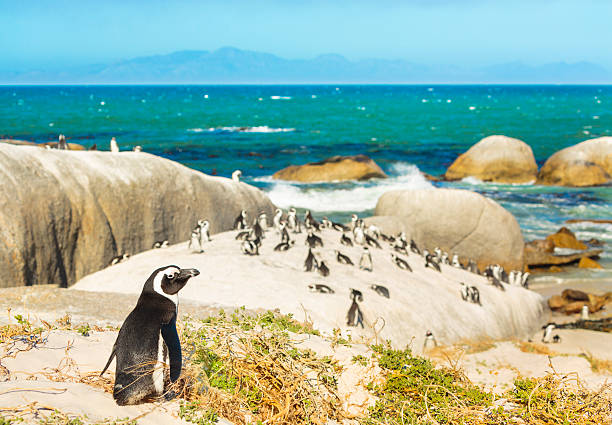 Table Mountain National Park (TMNP) management made the announcement earlier this week, adding that the influenza had contaminated a range of wild seabirds including the African penguins, Cape Cormorants, Swift, Sandwich and Common Terns, and Cape Gannets since May 2021. The virus however has a low risk for humans, but is a threat to domestic poultry.

There is currently an estimated 3000 penguins in Simon’s Town and the affected numbers are still very low at this stage and the situation is currently being closely monitored for the assessment need for further action.

TMNP and its conservation partners are also taking precautions to reduce the spread of the virus. This includes limiting access to the breeding colony, including researchers, and applying strict disinfection of footwear when staff leave the colony. Dead and sick birds will also be removed and transferred to SANCCOB for assessment and possible testing.

Avian influenza virus is spread between birds by faeces and other body excretions and by people handling sick birds. Even though the virus is unlikely to infect humans, precautions should be taken. Gloves and masks should be worn if handling birds. Any equipment, including vehicles and protective clothing that could be contaminated, should be disinfected.

Affected birds are weak and may look tame, cannot fly, show signs of tremors or twitches and seizures or loss of balance, and one or both eyes may be droopy or cloudy. Please do not approach, touch or handle the birds. Visitors should shower, change and clean their shoes and clothes before visiting other seabird colonies or poultry farms to prevent contamination from one site to another.