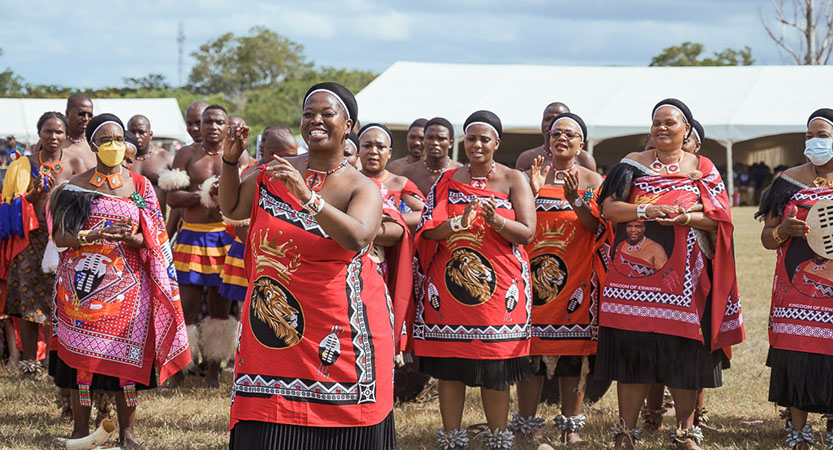 Hundreds of visitors from neighbouring countries like Swaziland and Mozambique socialised on the red carpet during their attendance of this year’s KwaZulu-Natal’s Umthayi Marula Festival where the province anticipated once more, the festivity of reminding the citizens of South African and that of those in the said neighbouring countries that their wealth lay within their respective communities and that the wealth of the people lay within their land.

This ceremony happens every year where women The Festival t is an annual ritual of the Tembe clan where older women deliver a brew derived from the first fruits of the marula harvest to their chief, Inkosi Mabhuda Tembe.

Although it is a beer that tastes light because as much as it contains a sour bitter element, it has some sweet background that comes from when it is still ripe and unbrewed. It is delicious yet a definite intoxicator.

The 2022 Umthayi Marula festival was spearheaded by the Department of Economic Development, Tourism and Environmental Affairs and was overseen by the Premier of the Province, Sihle Zikalala, who said that the Marula Festival had become one of the more prominent cultural activities on the province’s calendar.

“Our continued support for the Umthayi Marula Festival has over the years seen the festival graduating into a major tourism draw card that attracts both locals and visitors that come from as far afield as the Seychelles, Mozambique and Swaziland.” The Premier commented.